First in a series of new teaching videos making the biblical case that the pre-trib rapture is FALSE DOCTRINE. This premiere program tells us what Jesus Christ actually said about the timing of the Rapture -- and it's NOT what we've been taught.

When the Ten Virgins awake to the coming of the Lord, half of them will decide to make themselves ready for their Bridegroom.

Part of making themselves ready invariably involves the removal of false doctrines and beliefs that obscure the truth of Scripture.

We have come to the point in Church history when the pre-trib rapture theory must be exposed as the fraudulent doctrine it is.

God is not the author of confusion. He did not put three divergent end-time scenarios into Scripture to confuse us.

Man, however, in pushing a false pre-trib premise into Scripture is causing all the confusion.

Neither Jesus nor the original apostles ever taught a pre-trib rapture, nor did the early Church embrace such heresy.

It is time for the Church to prepare herself for the return of Jesus by casting out false doctrines. And, Jesus is now in the process of reeducating the Church on eschatology.

It is only now, as the Church begins to prepare herself for the Bridegroom, that she will grow into the stature, authority, and power of her Lord and Savior. She is making herself ready by carrying out exploits and performing miraculous works as she rises to the stature of the Risen Savior.

And, with that, she is growing in the truth of Scripture.

Up until now, the Church was not ready to receive the truth that the pre-trib rapture is false. It was too timid. It was still hiding out in the closet and sheltered from pandemic restrictions.

Up until now, we’ve contented ourselves into believing that with so many Christian leaders and televangelists pushing this theory, how can they be wrong? So, we’ve accepted their theory without checking Scripture. For if we had checked the Scriptures, like the Bereans, we would never have been deceived in the first place.

Presently, we’re witnessing in the world the dismantling of worldwide deceptions pushed by big tech and the news media. We can now clearly see that God is freeing our minds from a culture and society of false doctrines. If God is doing that in the world, don’t you think He’s going to do that in the Church?

We are ALL waking up to the frauds and lies and we’re being groomed to the receiving of the Truth — even the truth of God’s end-time scenario.

God is preparing His Church. Watch this latest in a series of videos exposing the pre-trib rapture theory as false. Will you believe Jesus or pre-trib teachers? The choice is yours.

In this series of videos, entitled, “Rapture Scriptures that got LEFT BEHIND,” we will take every so-called “pre-trib scripture” and narrative and deflate it with the word of God.

It is time to grow up. It is time we come out of the closet of confusion and reticence.

It is time that you begin following the word of God over what man says.

We welcome your thoughts and questions. God bless you as you embark on receiving the truth of God.

Unlock the Book of Revelation

Lou Comunale has two books on the end-times. “Escape the Coming Antichrist — When the Pre-Tribulation Rapture Fails (and it will!),” contains much information about the end-times, Mystery Babylon, the Antichrist, etc.

His latest book, “Rapture Scriptures that got LEFT BEHIND,” contains much vital information on God’s timeline for the end-times and pinpoints when the rapture takes place. It also gives historical context behind the origination of the pre-trib theory and its originator John Nelson Darby. You’ll find that Darby had a habit of leaving behind scriptures that did not fit his teachings. 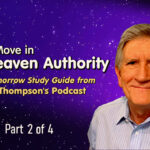 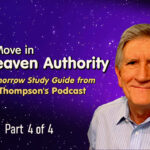